Album Review: Anyone Home? by Montener The Menace 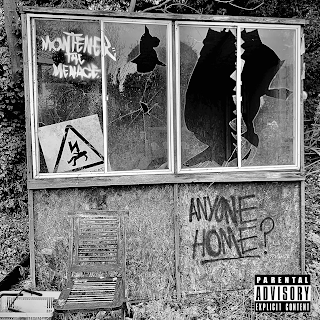 Back in June 2020 I dropped the review for ‘I Have A Hidden Hobby’ the debut album from Montener the Menace. Although that album had taken the best part of twelve years to be released, it was a standout release for the UK underground hip-hop scene that year.

Anyone Home? is the follow up to that and could well be Montener’s final release. Once again, he has gathered a hefty list of top producers and guest emcees for the album. Now, some might say that this takes the focus away from Montener, but I feel this shows the respect he has amongst his peers.

The singles released to date from the album, High Noon (produced by Wounded Buffalo Beats and featuring Masta Ace, Rah Digga, Wordsworth & FatLip), The Struggle (produced by JL Beats and featuring Guilty Simpson, Micall Parknsun & El Da Sensei) and Take It Back (Produced by Roccwell and featuring Craig G & Edo G) have been nothing less than top level, bar raising, Hip-Hop gold. However, the question is, does the rest of the album stand up to those? 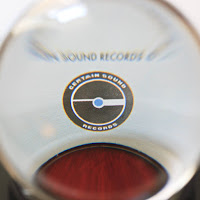 From the get-go, there is no messing about as Domingo hits us with some pounding beats with a tinge of strings to get our heads nodding, over which JabbaThaKut provides some slick turntablism which all combines to provide an Intro with one focus, guess who’s back???

We Need To Talk About Kevin is a tongue-in-cheek look at one person’s review of ‘I Have A Hidden Hobby’ and how that becomes the motivational situation that springboards Montener back to the mic to show us, and Kevin of course, one more time, what he is all about. The beat from Jack Cliff is laid back funky vibe with some organ notes, guitar elements and a tweaked mournful vocal that is a perfect match for Montener to spin his sad story. Now if you are going to make a return then you kinda want to do it with aplomb and we are whisked from the dusty city to the dusty streets of the old west, where it is High Noon and we find that Montener the Menace has formed a rag tag group of Hip-Hop outlaws with Masta Ace, Rah Digga, Wordsworth (outlaws) and Fatlip (sheriff). Now the line may blur as to which side of the law they stand on, but they are gonna be letting off from all barrels or chambers on those who have the nerve to cross them, as they stand for oppressed against the oppressors. The straight up head nod beat laced with strings comes from Wounded Buffalo Beats and really is a track that is more than just a posse cut and could well be ‘The Symphony’ for a new era. As the outlaws pass and the dust settles, we realise that no one is perfect or perhaps we are, perfect in our own Imperfections. Here, Montener looks at the struggles of mental health where some only see one solution, which is to take their own life. This struggle is one that few of us truly understand, even if we have seen it firsthand, the realisation is that there is no right or wrong way for those who struggle, there is simply one choice and that is their choice, and it should be respected. The production from Hank Venture has a nice head nod vibe mixed with guitar elements and some synth. JabbaThaKut once again provides the cuts which are the icing on this one.

From one thoughtful experience to another as the strings, horns, and heavy beats from Roccwell and the cuts from Jabba see Montener joined by the legendary figures of Craig G and Edo G to Take It Back, as we journey through the experiences and inspirations that shape us as we move through life and what it is to stand shoulder to shoulder with your peers. We move from one look at life’s experiences to another as Montener, Guilty Simpson, Micall Parknsun and El Da Sensei have us contemplating The Struggle of the situations that define us. Sometimes they seem gritty and dark as the clouds of violence, racism, control and pain gather above, but eventually the clouds will clear, and the sun will shine. JL Beats provides a chilled jazzy vibe of piano, drums, and guitar with it all rounded off with JabbaThaKut who provides cuts that feel even more contemplative. With our minds drifting, the pounding drum, piano and sombre violin of Plastic The Funky Mulatto’s production allows your eye lids to droop and our minds to focus on the internal struggles we experience that often lead to external struggles. Witnessing oppression of others is a painful thing. Dog Food might seem to be from a dog’s point of view, but is that any less different to what we experience as humans? The haunting vocals from Dixie Daye really add a deep emotional vibe to this.

The track that lends it’s name to the album’s title is the short Anyone Home (interlude) which sees JabbaThaKut and production from Lax The Monk, showing us that if you need to knock on the door to see if anyone is home, this is how you do it and sometimes there is someone in and today it is Montener the Menace, his brother boodah, Cracker Jon, The Strange Neighbour, Jay Purpose and JL Beats on production. The beat is funky, the guitar is funky, and the vocal notes are funky which is just what you need for a posse style cut that sees the guys taking us on an audible trip around their local town, otherwise known as Little London. There is nothing for me to say here as they say it all for me, It’s Always Sunny In Croydon.

Back to reality as Wounded Buffalo Beats provides a slightly laid-back beat with piano and string vibes and JabbaThaKut scatters the cuts across your awareness as Montener is joined by the one and only A.G. (of Showbiz & A.G. for those who might not know) to look at what is a legend, what gives one that legendary status and the fact that when you reach that point, Legends Never Die. If you were feeling contemplative then, I Can’t Resist Hearing…, will likely reach in and tug at your heart strings. Keynotez upbeat vibe of guitar and drums is the perfect platform for Montener to speak unapologetically about his children. I’ll be honest and say this brought a tear to my eye, as a father myself, this is one of the best dedications to your children I have ever heard, end of…

An introduction from one Alan Partridge takes us into the funky guitar driven vibe of Lax The Monk on Feed The Foxes, a look at both sides of the story around the subject of urban foxes. I gotta say that I stand firmly with the foxes. They are not vermin and are simply an oppressed animal trying to survive as humans continue to encroach on their habitat and don’t get me started on fox hunting… The penultimate track of the album sees Montener joined by another legendary figure in Keith Murray. The laid-back piano and bells give the beat this a jazzy funk vibe that has ya moving. This one is all about the similes and metaphors and ends with Keith putting on a fake British accent which will have you cracked up and just Bloody Marvellous. Domingo and JabbaThaKut are back to round off the album with an Outro in that funky dope Hip-Hop style that will span the oceans and borders. Oneness, is what it’s all about… 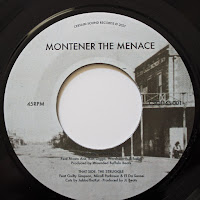 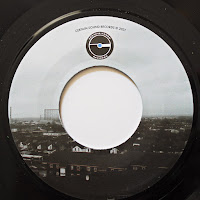 Now, if you were one of those who thought that Montener the Menace had nothing more than a mundane writing and vocal style that would see him fit only to drop rhymes on kiddies TV (Kevin), then you gotta think again right here. If you take away the all-star guest vocals on Anyone Home, it is still apparent that Montener is able to write with the best of em. He’s more than adept at the use of similes and metaphors whilst rapping in that instantly recognisable English accent. He has matured a bit on this release and mixes up the subject matter and serious side of life with some more light-hearted visions and there is also some good old, straight up and just for the hell of it fun. This all creates a perfectly balanced album that keeps you entertained from start to finish. Once you then add in all those legendary features it just adds the icing on the cake and shows the respect Montener has amongst his peers, you just wouldn’t get this sort of line-up any other way.

Some of the subjects talked on this album really allow him to shine and it’s no easy task to tackle subjects like mental health and suicide in a way that shows understanding and compassion or to drop a track that is so heart felt and touching. When you add in all  the fun and games along side that and touching on some of the other grim realities of life, you can only salute him for putting out something that is equally as entertaining as it factual.

For me Anyone Home? just has something for everyone. It is deeply rooted in a love of that boom bap Hip-Hop music which shines through on the production, the vocals and the cuttin’ n scratching. That Hip-Hop vibe, that oneness also shows through bringing that element of a music style that is all about bringing a focus to live and important social issues, but all the while still retaining that element of having fun. There is no point in looking at the darkside if you are not prepared to embrace the light.

If Anyone Home? is the last album from Montener the Menace, it doesn’t matter because I feel he has cemented his place in Hip-Hop history with two outstanding and instantly classic underground albums. It’s not always about quantity, it’s the quality that matters and everything here screams quality. The producers all brought their own unique styles that were the perfect backdrops creating a perfect musical flow. The featured artists all bring their own styles and command their own respect and do not fail to deliver anything other than Hip-Hop perfection. 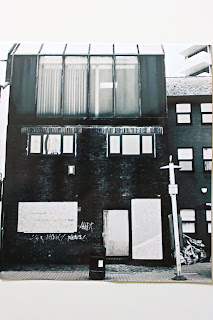 With Anyone Home? Montener the Menace has put together an all-round Hip-Hop album for the ages. An instant underground classic that opens the front door and shouts ‘I did it once and now I’ve done it again, See Ya.’

Anyone Home? is released by Certain Sound Records and Pre-orders for the album are now live on the below link in a choice of Vinyl, CD  where you can also, if there are any left, grab a copy of the Limited 7” single for High Noon/The Struggle.

Time for me to be out,